On March 25, 1911, the Triangle Shirtwaist Company factory in New York City burned, killing 145 workers. It is remembered as one of the most infamous incidents in American industrial history, as the deaths were largely preventable–most of the victims died as a result of neglected safety features and locked doors within the factory building. The tragedy brought widespread attention to the dangerous sweatshop conditions of factories, and led to the development of a series of laws and regulations that better protected the safety of workers.

The danger of fire in factories like the Triangle Shirtwaist was well-known, but high levels of corruption in both the garment industry and city government generally ensured that no useful precautions were taken to prevent fires.

Within 18 minutes, it was all over. Forty-nine workers had burned to death or been suffocated by smoke, 36 were dead in the elevator shaft and 58 died from jumping to the sidewalks. With two more dying later from their injuries, a total of 145 people were killed by the fire. 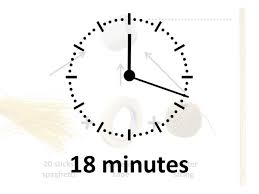 These types of tragedies are still occurring, as recently as 2013, there was the Rana Plaza collapse in Bangladesh that killed 1,123 garment workers