The Nobel Prize: Getting Started

On 27 November 1895, Alfred Nobel signed his last will and testament, giving the largest share of his fortune to a series of prizes in Physics, Chemistry, Physiology or Medicine, Literature and Peace - the Nobel Prizes.

A person or organization awarded the Nobel Prize is called Nobel Laureate. The word "laureate" refers to being signified by the laurel wreath. In ancient Greece, laurel wreaths were awarded to victors as a sign of honor. 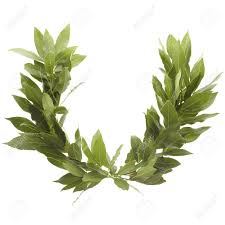 Timeline:
1866 - Swedish chemist, engineer and industrialist Alfred Nobel invents dynamite. He later builds companies and laboratories in more than 20 countries around the world.

December 10, 1896 - Nobel dies in Italy at the age of 63. His will endows awards in five categories: Physics, Chemistry, Medicine, Literature, and Peace.

June 29, 1900 - The Nobel Foundation is established. It is the central body of the Nobel organization responsible for awarding the Nobel Prizes.

1968 - A sixth award, Economics, is added by the Bank of Sweden (Sveriges Riksbank) in the memory of Alfred Nobel.

Between 1901 and 2015, the Nobel Prizes and the Prize in Economic Sciences were awarded 573 times. 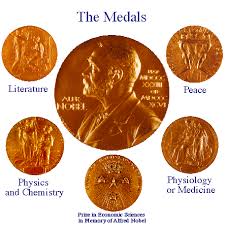