Twitter can be used as a primary source for research.

"A primary source is a document or physical object which was written or created during the time under study. These sources were present during an experience or time period and offer an inside view of a particular event"

The @ sign is used to call out usernames in Tweets: "Hello @twitter!" People will use your @username to mention you in Tweets, send you a message or link to your profile.

A username is how you're identified on Twitter, and is always preceded immediately by the @ symbol. For instance, Katy Perry is @katyperry.

Your bio is a short (up to 160 characters) personal description that appears in your profile that serves to characterize your persona on Twitter.

An internal error in our site code and functionality. We find and fix them all the time (nobody's perfect). If you see one, point it out to @Support by sending us a message.

A cashtag is a company ticker symbol preceded by the U.S. dollar sign, e.g. $TWTR. When you click on a cashtag, you'll see other Tweets mentioning that same ticker symbol.

A follower is another Twitter user who has followed you to receive your Tweets in their Home stream.

A hashtag is any word or phrase immediately preceded by the # symbol. When you click on a hashtag, you'll see other Tweets containing the same keyword or topic.

Your personal image that you upload, which appears at the top of your profile.

Your Home timeline displays a stream of Tweets from accounts you have chosen to follow on Twitter.

Online impersonation (pretending to be someone you're not) that is intended to deceive is prohibited under the Twitter Rules. Parody accounts are allowed. See "parody".

Liking a Tweet indicates that you appreciate it. You can find all of your likes by clicking the likes tab on your profile.

Tap the heart icon to like a Tweet and the author will see that you appreciate it.

Mentioning other users in your Tweet by including the @ sign followed directly by their username is called a “mention”. Also refers to Tweets in which your @username was included.

Twitter's website tailored to fit your mobile device. Visit it at mobile.twitter.com.

The Notifications timeline displays your interactions with other Twitter users, like mentions, favorites, Retweets and who has recently followed you. If you request it, we send notifications to you via SMS or through the Twitter for iPhone or Twitter for Android apps.

You can create parody accounts on Twitter to spoof or make fun of something in jest, as well as commentary and fan accounts. These accounts must disclose that they are parody, fan or commentary accounts in order to comply with our strict policy against impersonation. See "impersonation".

You can pin a Tweet to the top of your profile page to keep something important to you above the flow of time-ordered Tweets.

Your profile displays information you choose to share publicly, as well as all of the Tweets you've posted. Your profile along with your @username identify you on Twitter.

Your personal image found under the Me icon. It's also the picture that appears next to each of your Tweets.

Promoted Accounts present suggested accounts you might want to follow as promoted by our advertisers. These appear in your Home timeline, and via Who to Follow, search results and elsewhere on the platform.

Promoted Moments are Moments that are authored by a brand and featured in the Moments guide. They are clearly marked as “Promoted”.

Promoted Trends display time-, context-, and event-sensitive trends promoted by our advertisers. These appear at the top of the Trending Topics list on Twitter and elsewhere on the platform, and are clearly marked as "Promoted".

Promoted Tweets are Tweets that are paid for by our advertisers. These appear in your Home timeline, at the top of search results on Twitter and elsewhere on the platform, and are clearly marked as "Promoted".

Promoted Videos are videos within Promoted Tweets that are paid for by our advertisers. These appear in your Home timeline, at the top of search results on Twitter, and elsewhere on the platform, and are clearly marked as "Promoted”.

Tweets are public by default. Choosing to protect your Tweets means that your Tweets will only be seen by your followers.

A response to another user's Tweet that begins with the @username of the person you're replying to is known as a reply. Reply by clicking the "reply" button next to the Tweet you'd like to respond to.

A Tweet that you forward to your followers is known as a Retweet. Often used to pass along news or other valuable discoveries on Twitter, Retweets always retain original attribution.

The act of sharing another user's Tweet to all of your followers by clicking on the Retweet button.

Short Message Service (SMS) is most commonly known as text messaging. Learn how to send a Tweet via SMS.

Refers to a variety of prohibited behaviors that violate the Twitter Rules. Spam can be generally described as unsolicited, repeated actions that negatively impact other users.

A timeline is a real-time stream of Tweets. Your Home stream, for instance, is where you see all the Tweets shared by your friends and other people you follow.

The date and time a Tweet was posted to Twitter. A Tweet's timestamp can be found in grey text in the detail view of any Tweet.

Tweets determined by a Twitter algorithm to be the most popular or resonant on Twitter at any given time. Read more about Top Tweets.

A Trend is a topic or hashtag determined algorithmically to be one of the most popular on Twitter at that moment. You can choose to tailor Trends based on your location and who you follow.

A Tweet may contain photos, videos, links and up to 140 characters of text.

The act of sending a Tweet. Tweets get shown in Twitter timelines or are embedded in websites and blogs.

An information network made up of 140-character messages (including photos, videos and links) from all over the world. Sign up!

A Twitter emoji is a specific series of letters immediately preceded by the # sign which generates an icon on Twitter such as a national flag or another small image.

Twitter Polls allow you to weigh in on questions posed by other people on Twitter. You can also easily create your own poll and see the results instantly.

A URL (Uniform Resource Locator) is a web address that points to a unique page on the internet.

A process whereby a Twitter account receives a blue check icon to indicate that the creator of these Tweets is a legitimate source. Verified users include public figures and those who may have experienced identity confusion on Twitter. 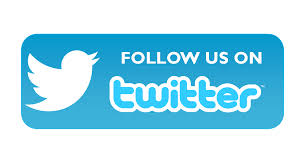 Twitter is an online social networking service that enables users to send and read short 140-character messages called "tweets". Registered users can read and post tweets, but those who are unregistered can only read them. 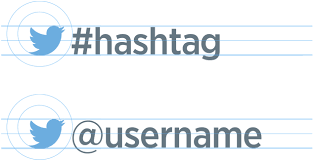